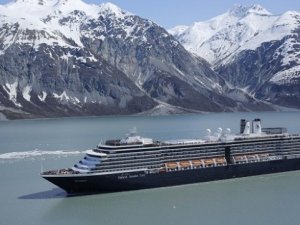 While many countries are taking the first steps to loosen restrictions put in place due to the spread of the novel coronavirus, fears of the virus are continuing to impact travel and tourism.

A number of the world’s leading ports have recently announced that they will continue their restrictions hampering a recovery for the global cruise industry.

British Columbia Say No to Cruises

British Columbia, Canada’s Health Minister Adrian Dix and Provincial Health Officer Dr. Bonnie Henry recently said they “are not in favor of cruise ships coming anywhere in British Columbia at this time.” The statements made as part of their daily updates on COVID-19 were just the latest blow to the hard-hit cruise industry.

“This is not the time for that type of risk to be taken in our province or in our ports,” said Dr. Henry. Although she acknowledges that officials at the Port of Vancouver were quoted as saying they were making preparations to welcome cruise ships back, British Columbia’s health officers noted that Canada’s ports are closed to cruise ships till July 1. She also pointed out that B.C. continues to have its 14-day self-isolation rules in place that would prevent passengers or crew coming ashore from a visiting ship.

Without the ports of British Columbia, it will be impossible for cruises to operate to Alaska, which is one of the industry’s most popular destinations. Over 600 cruises had been scheduled for the Alaskan market in 2020 expected to bring a record 1.44 million passengers to the region. Already, Holland America Line and Princess Cruises announced the cancelation of all their 2020 cruises to Alaska, while others including Norwegian Cruise Line and Royal Caribbean International are still offering 2020 Alaska cruises.

British Columbia is far from the only destination for cruise ship passengers that is looking at extending tourism bans. Local media in Grand Cayman, a frequent stop on cruises in the western Caribbean, is reporting that the country’s borders will remain officially closed until at least the first of September not permitting any cruise ship to arrive in port.

Australia and New Zealand also closed their ports to cruise ships early in the coronavirus crisis. Government and travel officials in both countries have been saying that it still too soon to discuss lifting the temporary restrictions and permitting cruise ships.  Similarly, Norway has also announced that it plans to keep its borders closed at least through the summer vacation season.

The ban on cruise ships and foreign travelers has even spread to exotic destinations including the Seychelles in the Indian Ocean. Local officials have been quoted as saying cruise ships may be bared until 2022 to prevent the reintroduction or spread of the disease in the island nation.

There has been speculation since the beginning of the coronavirus that the cruise industry might be forced to reduce or forgo ports of calls at least during its start-up phase.  Complicating this however is a 2015 decision by U.S. Customs and Border Protection on how crew visas are processed which eliminated cruises to nowhere without a port of call.

Speculating on what the return to cruising will look like, Tanner Callais, the founder of the website Cruzely.com says, “This could mean shorter cruises that limit their ports of call to a single country. For instance, a three-day cruise with a stop in Mexico or the Bahamas may sail as planned, but a two-week trip that stops in six or seven different ports may be postponed.”

This is an idea that has also been mentioned by executives at the cruise lines in Europe and Asia. Commenting on how they might handle the current concerns at some ports, the cruise line executives suggested that they anticipate running short cruises with more time at sea and limited ports when their ships return to service.  For the Florida cruise ships, one scenario that has been suggested is operating cruises where the only stop is the cruise line’s private island in the Bahamas.

Changes to the ports of call and shore programs seem likely to be one of the consequences when the cruise ships return to service in the future.

This news is a total 244 time has been read
Tags: Ports Planning to Deny Cruise Ships' Return