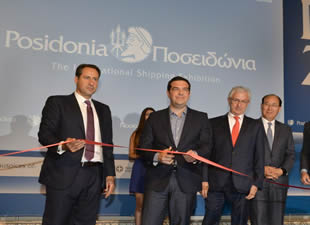 ​Posidonia 2016, the largest and most prestigious maritime exhibition internationally, was inaugurated here on Monday by Greek Prime Minister Alexis Tsipras in the presence of numerous officials, exhibitors and delegates from around the globe.

​“The strength of Greek shipping has helped position the country at the epicenter of the changes and developments the global economy is undergoing”, the Prime Minister of Greece Alexis Tsipras said while inaugurating Posidonia 2016, the world’s most prestigious shipping event, on Monday evening, at the Athens Metropolitan Expo.

posidonia_logoHe also stressed that Greece’s strategic geopolitical position coupled with the location of Greece’s big ports is a combination which guarantees the prospects of establishing the country as the commercial gateway to Europe for many products and services.

He added that investments for the improvement of the existing infrastructure are essential and would provide Greece with yet another competitive advantage in the country’s road to recovery.

Posidonia’s prestigious opening ceremony kicked-off the most anticipated biennial maritime event and was attended by heads of states, European Union officials, Greek cabinet members, foreign maritime ministers, board members of the Union of Greek Shipowners, chairmen of international organisations as well as some 1.500 exhibitors and delegates from around the world.

On his part, the Greek Minister of Shipping and Island Policy, Theodore Dritsas, underlined the importance of shipping to the country’s economy.

“Despite the difficulties in both the national and global economic environment, Greek shipping managed to maintain its leading position at international level”, Mr Dritsas said, adding that more than 1.350 shipping companies are established in Greece, mainly in Piraeus, constituting the driving force for a number of related economic activities.

“Greek shipping remains a vital and successful economic generator of the national economy, contributing over seven percent to the national GDP, providing almost 200,000 jobs both at sea and ashore, covering also over 30 percent of the country’s trade deficit”, Mr Dritsas added.

Speaking at the inauguration event, Matej Zakonjsek, Head of Cabinet to Commissioner for Transport, European Commission said: “I am delighted to see the vitality of the sector in spite of the hardships – an impressive example of this is the Greek shipping community hosting this event. The potential of shipping to bring prosperity to Europe is strong, and so is our resolve to work together with all of you to overcome any stormy seas ahead.”

Echoing the voice of the Greek shipowners, Theodore Veniamis, President of the Union of Greek Shipowners, said that shipping as an international activity, fully exposed to international competition, requires a uniform enforceable legislative framework.

He added that the Greek shipowners, also the Greek state, as representatives of a traditional maritime country, currently amounting approximately to 50 percent of European shipping and 20 percent of the world fleet in terms of tonnage, have been strong supporters of the institutional role of the International Maritime Organization (IMO) as the only appropriate legislative body for shipping.

“The IMO has addressed successfully challenges over the years and has adopted international conventions which achieve the required balance between its Member States”, Mr Veniamis said, adding that the priority for European legislators should be to form a shipping policy focused on maintaining the competitiveness of Community shipping.

“A policy that takes into account the international character of shipping and the necessary prerequisite to be competitive, hence, sustainable in order to continue operating smoothly to the benefit of the European economy, public welfare and world trade”, he stressed.

Posidonia this year has set a new record in size, as this year’s exhibition exceeds 40.000 sqm, and includes over 40 conferences, seminars and workshops.

“This is the biggest Posidonia in the event’s 46 year-long history as over 1.800 exhibitors from 89 countries will participate”, Theodore Vokos, Executive Director, Posidonia Exhibitions S.A., said on behalf of the organisers.

Exhibitors at Posidonia 2016 represent all sectors of the industry, including over 200 shipyards, 19 national pavilions, over 80 ICT companies and dozens of ballast water treatment specialists, amongst others.

“We also expect to welcome some 20.000 visitors from all over the world confirming the reputation of Posidonia as the most important shipping event”, Mr Vokos said.

During his speech, the secretary general of the IMO, Kitack Lim, said: “Shipping has a wonderful ability to tap into rich currents of innovation and excellence in key areas, from safety at sea, to clean shipping – and beyond. Events like Posidonia provide a valuable opportunity to showcase all that creativity and energy; an opportunity to mix, to mingle, to make friends and do business.” Posidonia’s curtains come down on Friday, June 10. 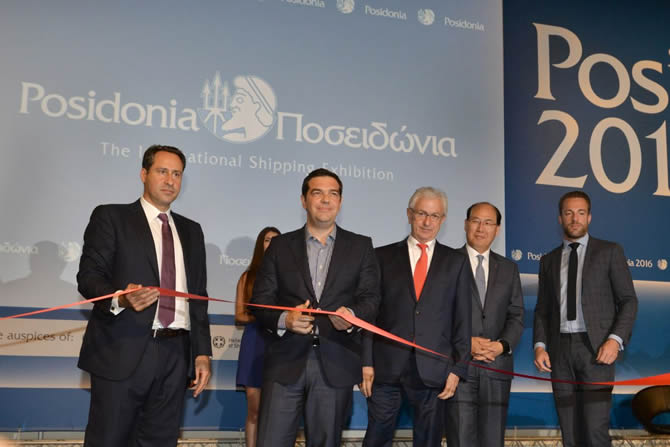 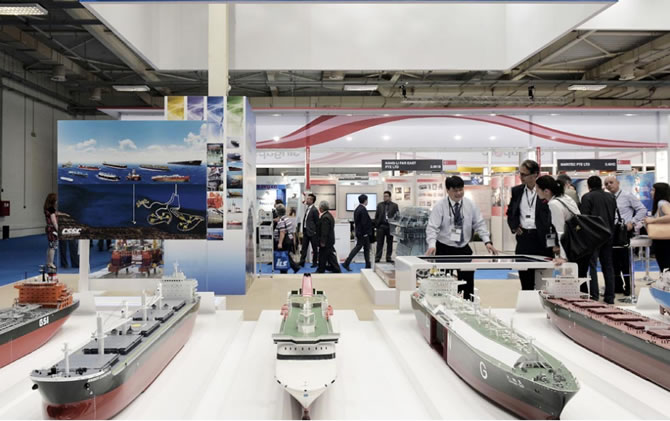 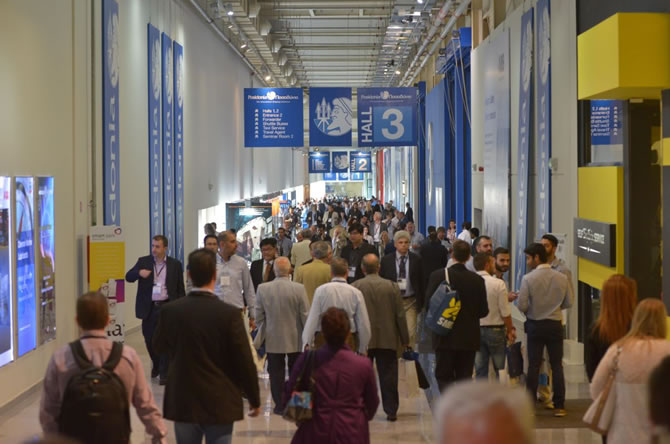 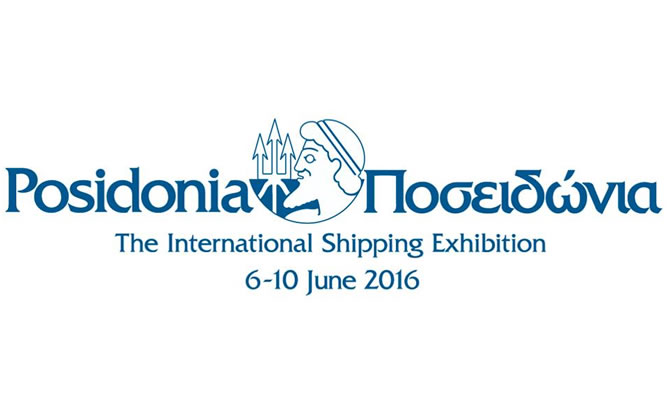