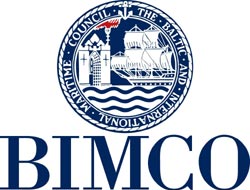 CONTAINER shipping is likely to maintain strong rates unless "deployed capacity reveals itself as abundant" on the transpacific and Asia-Europe trade lanes, according to the Baltic and International Maritime Council (BIMCO).

BIMCO, the world's biggest international shipping association, representing owners of 65 per cent of global tonnage, has issued its August forecast predicting strength on the transpacific but tougher times for Asia-Europe and a slowing Asian manufacturing on weaker demand.

The first half of the year increased eastbound shipments on the transpacific by 2.1 per cent but westbound Asia-Europe shipments suffered by the same percentage in decline due to European crisis.

Idling of smaller vessels of up to 3,000 TEU is striking a healthy market balance for new tonnage coming up stream, the report said.

This news is a total 3165 time has been read