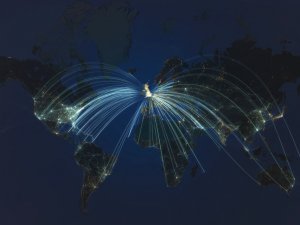 The UK government has launched a consultation on its proposed Freeport policy following the country’s withdrawal from the European Union.

The Department for International Trade has presented a paper entitled “Freeports Consultation – Boosting Trade, Jobs and Investment Across the UK” to the UK Parliament.

“We invite stakeholders to provide suggestions and comments on the policy set out in this paper,” the government said.

“This includes our objectives and ambitions for Freeports; the model we have developed and the measures we would include as part of it; and our plans for delivering this agenda, including how the location of Freeports could be selected.”

Specifically, the government plans to create up to ten freeports in locations across the UK.

Freeports would have different customs rules than the rest of the country. They are envisaged as “innovative hubs”, boosting global trade, attracting inward investment and increasing productivity.

“Freeports will be a cornerstone of the government’s plan to level up opportunity across the country. So our criteria for allocating freeports will be geared towards areas of greatest need,” the paper further said.

“This will allow us to drive forward investment and regeneration in some of the most deprived areas in the UK, delivering highly-skilled jobs for people across the country.”

This news is a total 228 time has been read
Tags: Brexit, Freeports, UK.