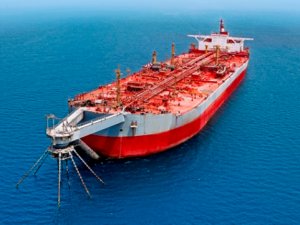 The 1976-built Safer has been inactive and unmaintained since the outbreak of Yemen's civil war in 2015, and she is believed to have a cargo of about one million barrels of crude oil stored in her tanks.

The recognized government of Yemen and an array of civil society groups are adding their voices to the call to salvage and remove the FSO Safer, a decaying single-hull tanker that has been storing the same cargo of crude oil in her tanks since the start of the Yemeni civil war.

The 1976-built Safer has been inactive and unmaintained since the outbreak of Yemen's civil war in 2015, and she is believed to have a cargo of about one million barrels of crude oil stored in her tanks. UN relief officials have warned repeatedly that in the event of a casualty, she could spill a significant quantity of petroleum into the sensitive marine environment of the Red Sea. The vessel has not had inert gas protection for her cargo for years, increasing the odds of ignition in the event of a casualty. Recent reports indicate that her engine room has developed a leak, adding to the risk.

However, the Houthi rebel forces that control the area have not allowed international inspectors to access the Safer to determine the current level of risk - much less remove her for offloading and scrapping. The standoff between the UN and Houthi commanders over permission to board the vessel has remained essentially unchanged since last July: the UN stands ready to send an inspection team, but is not permitted to do so.

Mohammed Ali Al-Houthi of the Houthi government's Supreme Political Council announced Wednesday that the council is dispatching a team of technicians to the ship. However, they might not be able to prevent a casualty, he warned. He accused the Houthis' opponents in the Yemeni Civil War - the Saudi-led coalition backing the Yemeni government - of blocking access to required supplies and equipment. “The Republic of Yemen has done its best, despite lack of necessary resources,” Al-Houthi claimed.

Al-Houthi has repeatedly blamed Saudi forces for preventing the sale of the oil on board the vessel, which would be worth a potential $40 million to the Houthi government. He has asserted that all responsibility for a potential spill should be placed on the coalition forces.

“We deny responsibility for any leakage from the tanker,” Al-Houthi said in a statement last month. “We call for negotiations over this issue in a serious manner.”

Last year, the Atlantic Council warned that if a blast and spill were to occur, it could impact operations at the nearby port of Hodeidah, the mission-critical hub for UN aid shipments and relief work in Yemen. It would also devastate Yemen's fishing industry, warned Yemeni minister of information Muammar Al-Eryani this month.

This news is a total 1799 time has been read
Tags: Pressure Builds to Salvage Decaying FSO Off War-Torn Yemen