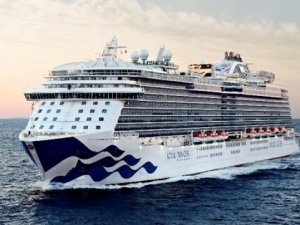 Princess Cruises, which had been the first of the large North American cruise lines in March 2020 to announce a suspension of operations, is extending its pause in most operations until December 15, 2020.

These latest cancelations go three months beyond the September 15 date announced by the trade group Cruise Lines International Association and the Centers for Disease Control and Prevention’s current no sail order that lasts till September 30.

"We share in our guests' disappointment in canceling these cruises," said Jan Swartz, president of Princess Cruises in a prepared announcement. "We look forward to the days when we can return to travel and the happiness it brings to all who cruise."

Princess’ decision to extend its pause in operations came a day after long-time industry executive Adam Goldstein speaking as the Chairman of CLIA told a media briefing that the industry would resume service, "when it's safe to do so." Other industry executives have also said that the virus would dictate the timing for the resumption of cruising along with when people feel safe to travel and be in groups.

Goldstein noted not to read too much into a particular date saying instead that the industry would work with each destination and regulators to ensure the safety of passengers, crew, and the destinations before resuming service in a particular region. However, while saying that, Goldstein also highlighted the closeness of the current target dates announced by both CLIA and the CDC for the possible resumption of operations.

However, many destinations currently remain cautious about permitting international visitors to return. The Bahamas, for example, a popular tourist and cruise destination, announced starting July 22 that it would place limits on commercial flights and commercial vessels carrying passengers primarily designed to block American citizens from entering the Bahamas. Many people had speculated that short cruises to the Bahamas and the cruise lines’ private island ports might be a first opportunity to resume operations in North America.

CLIA and many in the cruise industry continue to expect that cruising will return incrementally at different speeds in different regions of the world and likely at first focused on the domestic markets offering shorter, closer to home cruises.

This news is a total 1678 time has been read
Tags: Princess Cruises , Cancels Most Trips, To Dec 15 Three Months , Beyond CDC, CLIA , Princess Cruises, which had been the first of the large North American cruise lines