Princess Cruises to Deploy Its Newest Ship in China 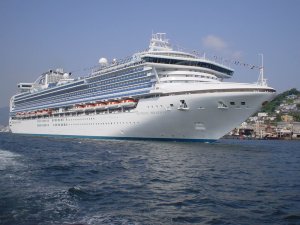 The new ship currently under construction for Princess Cruises will be based in Shanghai, China year-round when introduced in summer 2017, Carnival Corporation & plc announced.

The ship will be the first year-round international luxury vessel designed and built specifically for Chinese guests.

The as-yet-unnamed ship is being built at the Fincantieri shipyard in Italy, and will carry approximately 3,600 guests on a variety of itineraries, to be announced at a later date.

The ship will be based on the design of the company’s new Royal Princess and Regal Princess.

Princess ships began homeport cruising in China just last year, with a successful inaugural season of Shanghai-based cruises aboard Sapphire Princess. This ship returns for a second China season which begins on June 4 and runs through October 2015.

“And as this ship is still in the design phase we are looking forward to creating other new and exciting venues and experiences catering to the Chinese vacationer, which we will reveal in the coming months,” Swartz added.

This news is a total 2308 time has been read
Tags: Princess Cruises, cruise operator