Privatization of Sovcomflot is budgeted in 2017 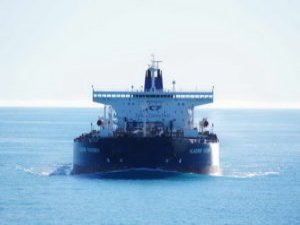 The government plans to sell 25% minus one share from the largest Russian shipping company, expecting to collect about 380 million USD (24 billion rubles) from the transaction. The privatization of Sovcomflot may conduct exchange transactions and after the deal, the state share in Sovcomflot should be reduced to 75%, but the share might be lower according to the current market conditions. Additional details for the privatization and special requirements for bidders are not yet revealed, but probably the preparation for the transaction will start in the beginning of next year.

“The privatization of the two large companies Bashneft and Rosneft was done during this year. The next year in budgeted privatization of another two large transaction 0 sale of 11% from VTB and sale of 25% from Sovcomflot”, said the Russian Finance Minister, Anton Siluanov. “The estimation of revenues to the federal budget from the sale of stake in VTB bank is expected to reach 95.5 billion rubles, while from the sale of shares of Sovcomflot are expected 24 billion rubles”, added he.

Sovkomflot is a Russian maritime shipping company specializing in petroleum and LNG shipping, a 100% state-owned corporation founded in 1995. The operator is the largest shipping company in Russia, headquartered in Saint Petersburg.

This news is a total 3628 time has been read
Tags: Privatization of Sovcomflot is budgeted in 2017