Product Tanker Crewmember Stabbed and Killed by a Shipmate 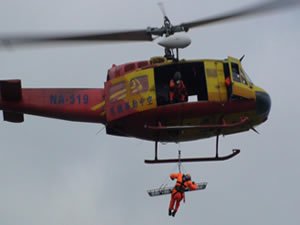 A crewmember aboard a small product tanker was killed in an assault by one of his crewmates while the vessel was under way off the coast of Taiwan, according to Taiwanese authorities.

A crewmember aboard a small product tanker was killed in an assault by one of his crewmates while the vessel was under way off the coast of Taiwan, according to Taiwanese authorities.

On January 1, the Cook Islands-flagged product tanker New Progress was under way about 30 nm to the northeast of Taiwan's northernmost tip. A Burmese crewmember - identified as Wai Phy Aung, 27 - was stabbed and badly injured by a crewmate in a fight.

The ship notified Taiwan's National Search and Rescue Command Center, which dispatched a helicopter to medevac the victim. According to state new agency CNA, he had sustained a severe abdominal injury and his blood pressure and heart rate dropped. The SAR helicopter delivered him to medical personnel at Songshan Airport, but he did not survive.

The tanker diverted to Keelung Port after the casualty, but the Keelung Marine Patrol Department says that it will not be conducting an investigation, as Taiwan lacks jurisdiction. The incident occurred aboard a foreign-flagged ship at a position well outside of Taiwanese territorial seas, and all on board are foreign nationals. The responsibility for investigating the crime falls to the Cook Islands, the vessel's flag state.

The New Progress is a 1995-built product tanker of about 8,000 dwt, and she is owned and operated by a firm headquartered in Taiwan. Her manager operates a fleet of 13 ships, the majority older than 25 years.

This news is a total 3916 time has been read
Tags: Cook Islands , northeast of Taiwan's , A Burmese crewmember , Wai Phy Aung , was stabbed , Product Tanker Crew Member Stabbed and Killed by a Shipmate