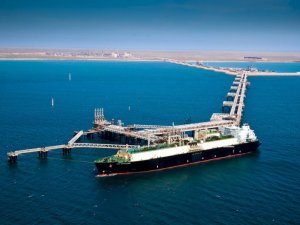 The plant, located on Barrow Island off Australia’s northwest coast, is expected to restart within 30 to 60 days, Chevron’s local unit said in an e-mailed statement on Wednesday. The first production facility is still expected to increase output to full capacity over six to eight months, the company said.

The halt is the latest challenge for Chevron and its partners, including Royal Dutch Shell Plc and Exxon Mobil Corp. The largest resource development in Australia’s history faced delays, cost overruns and labor unrest during construction and is starting exports to customers in Asia amid the worst energy slump in a generation.

Tokyo Gas Co.’s first Gorgon cargo, which was due to arrive between April and June, may now be delayed, said Mitsuhiko Kadoya, a spokesman for the utility. The Japanese buyer doesn’t expect it will need to seek supplies on the spot market to replace the shipments from the Chevron project, he said.

Chevron cited “mechanical issues” with the propane refrigerant circuit, which is used to cool natural gas supplied to the plant. Repair work is continuing while the equipment is being inspected, Chevron said. The company flagged the problem at the first processing unit earlier this week.

Gorgon, part of a wave of Australian projects, started production in early March before shipping its first cargo later in the month to Chubu Electric Power Co.

This news is a total 10913 time has been read
Tags: Production at Chevron’s Brand Spanking New Gorgon Mega-Project Could Be Shut for Months