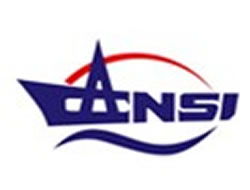 Chinas shipyards saw an increase in the number of newbuilding contracts in the first eight months of this year, but production and exports have slowed down, according to figures from China Association of the National Shipbuilding Industry (Cansi).
From January to August, Chinese shipbuilders received new shipbuilding orders with capacity totalling 47.4m dwt, an increase of 35.8% compared to the same period of last year, Cansi data showed.
In production, the yards completed vessel tonnage of 22.08m dwt during the period, down 18.1% year-on-year. The exported tonnage also dropped 7.3% to 19.07m dwt.
This year until 31 August 2014, Chinese shipyards sat on an orderbook of 153.7m dwt, an increase of 34.1% compared to the previous corresponding period, and up 17.3% compared to the end of 2013.
Meanwhile, the 87 main yards monitored by Cansi reported an overall increase in shipbuilding activities, but net profits fell due to high production cost and the dip in newbuilding prices.
In the first eight months of this year, the 87 key yards completed a combined vessel tonnage valued at RMB263.7bn ($43bn), a rise of 9.8% year-on-year. Among the total, vessels exported were valued at RMB111.6bn, up 4.5% from a year ago.
The 87 yards also posted an eight-month revenue of RMB180.1bn, a healthy increase of 12.4% year-on-year, but profit dropped relatively significantly by 13.6% to RMB3.38bn.
http://www.turkishmaritime.com.tr
This news is a total 153399 time has been read

Accident on board Greek ship kills two and injures thirteenTwo deaths and thirteen severe injuries. This is the toll of victims following yet another accident at the shipbreaking beach of Chattogram, Bangladesh. The accident occurred in the afternoon of Saturday 31 August at Ziri Subedar shipbreaking yard.