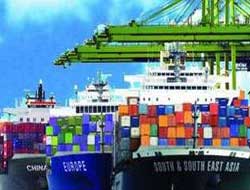 The volume amounts to about 97 per cent of all the containers handled by the port of Singapore in 2007.

'The last year has seen good volume growth for PSA Singapore Terminals, and we thank our customers for the trust and confidence they have placed on us to handle their volumes at our terminals,' said PSA Southeast Asia and Singapore Terminals chief executive Kuah Boon Wee.

'In addition to accelerating developments at Pasir Panjang Terminal, we are also concurrently upgrading our facilities at Brani, Keppel and Tanjong Pagar Terminals to serve our customers' needs now and into the future,' Mr Kuah added.

Continued good growth is projected for the year ahead, underpinned by the strong Asia-Europe trade with consumers' demand for goods made in Asia's major manufacturing centres.

PSA is already gearing up to handle the expected increase in customers' volumes and is aggressively expanding its capacity at Pasir Panjang Terminal (PPT) with new berths and new cranes being rolled out progressively from this year to 2009.

PSA is also equipping all its new container berths with new super post-Panamax quay cranes. It recently took delivery of five of these, with more of the mega-cranes expected to arrive during the year. These quay cranes have an outreach of 22 container rows across and are equipped with 40-foot tandem lift capability to handle the newest generation of mega containerships.

This news is a total 1078 time has been read