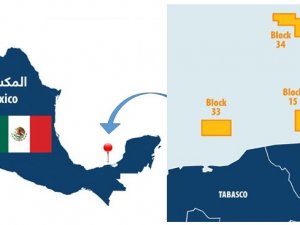 Qatar Petroleum said on Wednesday that the blocks in question, Block 15, 33, and 34, are located in the Campeche Basin.

According to the company, each of the farm-in agreements is subject to customary regulatory and other approvals by Total’s existing partners and the government of Mexico.

Saad Sherida Al-Kaabi, the Minister of State for Energy Affairs, the president and CEO of Qatar Petroleum, said: “We are pleased to sign these agreements, which further expand Qatar Petroleum’s footprint in Mexico, and demonstrate our commitment to achieving our international growth strategy, with Latin America as a core area in our international portfolio.

“We look forward to collaborating further with Total, our other partners in these blocks, and the government of Mexico”.

The three offshore blocks are situated within 30 to 90 kilometres of the giant Cantarell and KMZ oil fields.

The total area covered by the blocks is approximately 2,300 square kilometres, with water depths ranging from about 10 meters to 1,100 meters.

Qatar Petroleum already has stakes in Mexican blocks, most notably the 35 per cent participating interest in three offshore oil fields in Eni’s Area 1.

Also, the company holds exploration rights in five offshore blocks in Mexico’s Perdido and Campeche basins as part of a separate consortium with Shell and Eni.

This news is a total 1356 time has been read
Tags: Mexico , Qatar Petroleum , Total