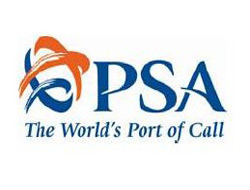 TWO giant sea-ports are coming up in opposite sides of the country ? one in Mesaieed and the other in Ras Laffan. The Mesaieed facility, a green field project, is in the initial stages.

TWO giant sea-ports are coming up in opposite sides of the country ? one in Mesaieed and the other in Ras Laffan. The Mesaieed facility, a green field project, is in the initial stages. The Customs and Ports General Authority has engaged the Singaporean firm of PSA as the project"s consultants.

The firm is now conducting studies, Capt Abdulla al-Khanji, the director of Marine Services Department at the Customs and Ports General Authority (CPGA), told Gulf Times yesterday. The study will be completed by June.The port, to be located north of the current facility, will be a joint venture between the ports authority and the Singapore firm.

According to the current schedule, the first phase will be completed by 2014, the second phase by 2020 and the final phase by 2025.Each phase would have a capacity of 2mn TUs for container ships, Capt Khanji said. It would be 14 times bigger than the existing facility, he added. Besides container berths, the port will also have berths for livestock and car containers. There will also be separate facilities for the Emiri Navy, supply vessels, Emiri yachts and other requirements.

The port will be attached to the Economic Free Zone, proposed to be set up between Wakrah and Mesaieed.Capt Feisal Ahmed Saad, port manager at Ras Laffan Industrial City, told Gulf Times that the port in the north of the country, now being built, would be the largest, man-made facility in the world.It would be ?one of the largest port expansions in one phase in the world?, he added.

Talking about the size of the project, the official pointed out that the two breakwaters, now nearing completion, were around 10km long each. This part of the work alone is estimated to cost $2bn.To make the breakwaters, the authorities had to import 22mn tonnes of rock, dredge 20mn tonnes of soil and use 25mn cubic metres of sand.In the first phase, there would be two berths for LNG ships, four liquid berths and two berths for containers. These berths are estimated to cost another $1.5bn.

Capt Saad put the total cost of the project at a staggering $30bn, to be spent over the next 30 years.The whole facility will be spread over an area of almost as big as the Doha city itself.

The first LNG ship at the expanded port was expected to arrive by ?late 2009?, Capt Saad said. However, ships bringing construction materials could arrive there even earlier.

The official said the existing port was doing extremely well and had won the Port Authority Award from the Seatrade Middle East and Indian Ocean for 2007. ?We are working to maintain the same standard this year too,? the official said.

This news is a total 1387 time has been read