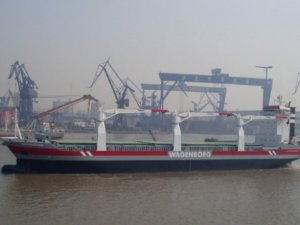 Quebec's provincial police in Trois-Rivieres say it is possible scuba teams will go back into the water to try again to find a crewman who went missing from a Dutch ship at the weekend.

Sergeant Eloise Cossette of the Surete du Quebec in Trois Rivieres told: ''When we were told of the disappearance we had our diving team in the water to search for the man.

''Every day we are evaluating the possibility of doing another search. The plan is to do more seraches.

''It is possible the scuba diving team will be back in the water, maybe tomorrow. But a lot depends on the temperature of the water which can make it very difficult.''

The missing man, a 23 year old third officer on the Royal Wagenborg ship Amazoneborg was last believed to have been checking the ship's draft before disappearing.

This news is a total 915 time has been read
Tags: Quebec police consider sending scuba divers back out to look for missing crewman