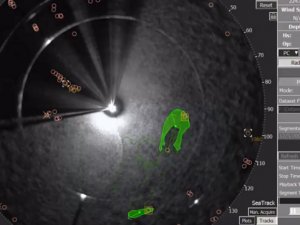 High priority has been placed on developing options for identifying and recovering oil in Arctic waters. Nowhere is this demonstrated better than in the Port of Valdez, Alaska, which sees supertankers, handling more than 1.5 million barrels of crude oil, transit through its waters every day. The tankers are escorted by a fleet of nine tugs operated by Edison-Chouest Offshore, which are equipped with a modern oil spill detection (OSD) system.

As the United States’ northern-most ice-free port and the southern terminus of the trans-Alaska oil pipeline (TAPS), Valdez has an important stake in such technological implementation. Rutter's sigma S6 OSD system interprets raw radar data provided by the on-board Raytheon digital radars, interfacing seamlessly with the radars and other bridge software. The systems are critical in the event of an oil spill emergency and allow shore-side operations to see the monitoring data from the tugs in real-time.

The early detection of any spill and subsequent on-going monitoring provided by the sigma S6 system provides peace of mind to operators. In spite of harsh conditions and potential high sea states, the systems will alert on the detection of oil in the water, providing the location and outline of the spill. For these reasons the tugboats, which consist of six escort tugs and three assist tugs, all have OSD capabilities. The systems are able to monitor the surface of the water during low visibility (eg. fog, rain) and in darkness for a distance of up to four nautical miles.

The Port of Valdez offers access to Alaska’s interior as well as to the United States Pacific Northwest, Northern Canada, and Pacific Rim trade routes. Therefore, great care is being taken to protect the port and its assets. By implementing these proactive measures, Valdez is demonstrating the forward thinking attitude that is hopefully characteristic of a trend in all future Arctic operations. The heightened state of awareness surrounding environmental contamination in the Arctic has propelled research into better, more site-specific spill detection and response techniques. The sigma S6 Oil Spill Detection system is an integral part of this solution.

This news is a total 845 time has been read
Tags: Radar-Based Oil Spill Detection System Benefits Port of Valdez