Rally will be held in London 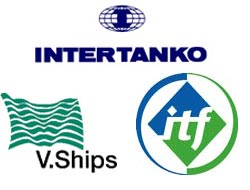 INTERTANKO, ITF, IMEC and V.Ships will rally outside the South Korean embassy in London on Friday 23 January 2009 to protest against of two men in South Korea.

INTERTANKO, ITF, IMEC and V.Ships will rally outside the South Korean embassy in London on Friday 23 January 2009 to protest against of two men in South Korea.

Employers, trade unionists, and shipping industry representatives will rally outside the South Korean embassy in London on Friday 23 January 2009 to protest against what they describe as the politically and economically motivated imprisonment of two men in South Korea.

The rally will bring together organisations including global union federation the International Transport Workers" Federation (ITF), shipowners" and managers" associations INTERTANKO and Intercargo, the International Maritime Employers" Committee (IMEC), along with Indian trade unions, as well as leading ship management company V.Ships, which employs the two Indian seafarers now jailed in South Korea on charges of which they were found innocent only 6 months ago.

The event will take place from 14:30 to 15:30 opposite the South Korean Embassy, 60 Buckingham Gate, London, SW1E 6AJ. A letter of protest will be handed in by representatives of the two men.

The "Hebei Two" ? Captain Jasprit Chawla, and Chief Officer Syam Chetan ? currently face one and a half years and eight months respectively in jail following an oil spillage caused by an out-of-control crane barge hitting their anchored ship, the Hebei Spirit, in December 2007. They have been held in Korea since then for more than 400 days. Although cleared by a Korean court in June 2008 of responsibility for the ?collision? and ensuing pollution, they continued to be detained in Korea pending hearing by the Appeal Court which last month declared the two men guilty and sentenced them. They were jailed on 10 December 2008.

A campaign for their release attracted worldwide support, particularly across the shipping industry, which has seen their conviction and imprisonment as being everything to do with assuaging Korean public opinion (the men were paraded outside the court in handcuffs), and with helping the owner of the crane barge, Samsung, to reduce its exposure to paying for clean-up.

This news is a total 778 time has been read