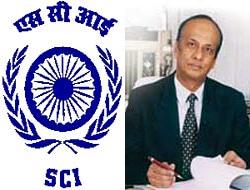 Sudhir S Rangnekar stepped down as director, liner and passenger services, Shipping Corporation of India (SCI), after serving the organisation for 31 years.

Rangnekar steps down as SCI Director

Sudhir S Rangnekar stepped down as director, liner and passenger services, Shipping Corporation of India (SCI), after serving the organisation for 31 years. The Appointments Committee of the Cabinet (ACC) turned down a request for an extension.

Rangnekar, a board member on SCI for the last 10 years, has an MBA degree from IIM-Ahmedabad and a BTech from IIT-Bombay. He was to retire next year.

Though his second five-year term as director ended on March 31, Rangnekar got an interim extension of three months.

The government officials said the request of the ministry of shipping (MoS) to extend Rangnekar’s tenure till retirement was turned down by the ACC.

He is the current chairman of India-Pakistan Bangladesh Ceylon Conference (IPBCC), a platform for container shipping lines. He topped the professional shipping course from NORAD, Oslo (Norway).

SCI said that according to the communication received from the MoS, Rangnekar had ceased to be a director on the board of the company from June 18.

This news is a total 560 time has been read