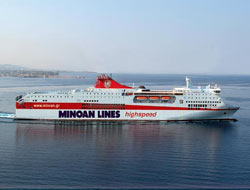 In partnership with Minoan Lines, Grimaldi Lines launched a seaway service in February that will connect Northern Italy, Sicily and Greece.

Rapid transport to Europe on the sea highway: Grimaldi Lines

In partnership with Minoan Lines, Grimaldi Lines launched a seaway service in February that will connect Northern Italy, Sicily and Greece. The service is an important development for Turkish shipping companies that want rapid and economic access to Mediterranean and other European countries.

Grimaldi Lines represents Egekont in Turkey and has one of the largest multi-purpose Ro-Ro merchant marine fleets in the world. On February 20th it launched a service in cooperation with Minoan Lines that will connect Northern Italy, Sicily and Greece. The service, which connects the ports of Genoa and Catania with the ports of Patras and Igoumenitsa, is a significant alternative for those who want to conduct trade with these regions. The port of Patras serves to connect southern Greece and Athens while the port of Igoumenitsa is located on the rotation that provides freight traffic to and from southern Greece, Turkey and the Balkans. The weekly service is capable of strengthening the trade relations between Italy, Greece, Turkey and all of the Balkans.

An advantage for shipping companies

This service gives shipping companies in Turkey a very important advantage since the articulated trucks which come to Greece overland reach Italy more rapidly and economically over sea via Grimaldi Lines. On this service, Grimaldi Lines is working in cooperation with the Greek company, Minoan Lines, in which it has a 33.86 stake and which has a very modern fleet of ship. Transportation from these regions to Spain and France is also possible with Grimaldi Lines" Short Sea Services which operate in the Mediterranean. 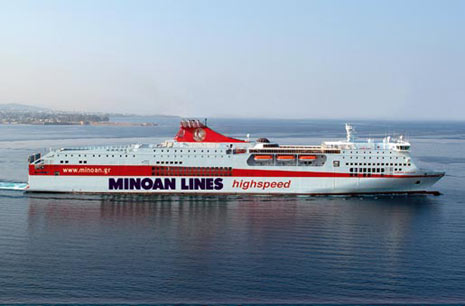 This news is a total 7418 time has been read