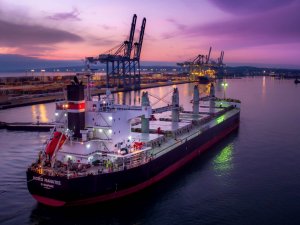 Norden  operates one of the industry’s most modern, flexible and competitive fleets globally within the dry cargo and tanker vessel types. Norden  was founded in 1871 and is one of the world’s oldest listed ship owners.

Rasmussengruppen AS owns and operates tankers and provides marine transportation services. It has strategic alliances with GC Rieber Shipping ASA. The company was founded in 1936 and is based in Kristiansand, Norway. Einar Rasmussen is the Chairman and Chief Executive Officer of the company.

This news is a total 777 time has been read
Tags: Rasmussengruppen Sells Stake in Norden