Rates may rise as cargo boost 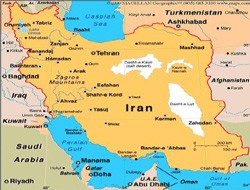 The cost of shipping Middle East crude oil to Asia, the world's busiest route for supertankers, may snap a nine-day decline as more October cargoes emerge.

The cost of shipping Middle East crude oil to Asia, the world's busiest route for supertankers, may snap a nine-day decline as more October cargoes emerge.`

`Cargoes are starting to come out,'' Nikos Varvaropoulos, an official at Optima Shipbrokers in Athens, said in an e-mailed note yesterday.

Rising demand will more than offset a ``very healthy'' supply of ships and owners are becoming more confident they can negotiate higher rates, he said.

Oil companies already hired 21 out of about 105 very large crude carriers, or VLCCs, they need to load in October, according to a report today from Paris-based shipbroker Barry Rogliano Salles. Sixty-six VLCCs are available and can get to the region within the next 30 days, it said.

The Baltic Exchange's daily price assessments will be used to settle $150 billion of freight derivatives contracts this year, estimates SSY Futures Ltd., a unit of the world's second- largest shipbroker.

A rate of 95.08 Worldscale points gives VLCC owners a daily income of $47,718 once fuel and port fees are paid. Frontline Ltd., the world's biggest VLCC operator, said Aug. 21 it needs $31,400 a day to break even on each of its supertankers.

This news is a total 880 time has been read