Raytheon wins contract to produce Standard Missile-6 for US Navy 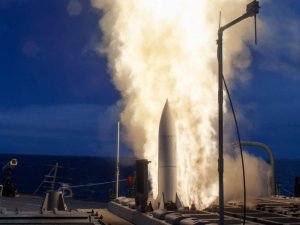 The contract provides for the multi-year procurement of fiscal 2019-2023 Standard Missile-6 to include all up rounds, flight test rounds, spares and round design agent.

The SM-6 is the first of its kind missile with anti-air, anti-surface, and sea-based terminal defence capabilities, which enable it to intercept ballistic and cruise missiles.

This contract includes options which, if exercised, would bring the cumulative value of this contract to $1,076,692,858 and be completed by October 2026. Fiscal 2019 weapons procurement (Navy) funding in the amount of $269,681,221 will be obligated at time of award and will not expire at the end of the current fiscal year.

This news is a total 190 time has been read
Tags: Standard Missile-6 for US Navy, Raytheon