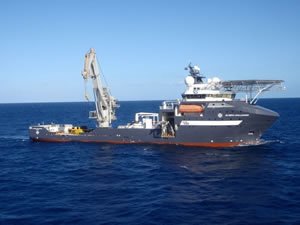 Norwegian contractor Reach Subsea has scored a contract for use of the Olympic Challenger in a project in the Gulf of Mexico.

The contract, which does not include ROVs, is set to begin in November with a firm period lasting through first quarter of 2021, and with options to extend towards the summer the same year, according to Reach Subsea.

With this contract, Reach has covered its remaining commitment on the Olympic Challenger, the company informed.

Jostein Alendal, CEO of Reach Subsea, said: “Admittedly, the Olympic Challenger contract is merely a question of covering our cost in a tough winter market, but with this we are now setting ourselves up to enter 2021 with a solid financial position.

We believe this will be an important enabler for our ability to realise some of the interesting opportunities we are pursuing for the future”.

Furthermore, Reach has together with MMT secured several smaller contracts for the winter season.

Olympic Challenger is a DP2 construction vessel from shipping company Olympic Shipping. The vessel was built in year 2008, and is equipped with a 250T AHC on deck and two Oceaneering WROV in enclosed hangar.

This news is a total 1865 time has been read
Tags: Olympic Challenger , Reach Subsea