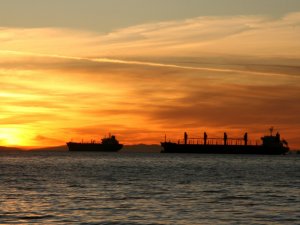 Generally, the modus operandi of the perpetrators in most of the siphoning incidents was fairly similar.

Generally, the modus operandi of the perpetrators in most of the siphoning incidents was fairly similar.

The perpetrators were interested in the manifest of fuel/oil onboard the vessel; and had no intention to hijack the vessel or kidnap the crew.

Upon boarding the vessel, they tied the crew and locked them in the cabin, steered the vessel to another location to conduct the siphoning onto another vessel which would come alongside.

After completion of the siphoning, the perpetrators would destroy the vessel’s communication and navigation equipment, stole the crew’s cash and personal belongings before leaving the vessel.

The crew was not harmed and there was no report of violence involved.

Based on the case studies done by the ReCAAP ISC, the timing of boarding by perpetrators and the appearance of another tanker to come alongside the victim vessel seemed to be more than coincidental.

“It is obvious that the perpetrators have knowledge of the manifest carried onboard the tanker, its route and schedule. It is therefore important for shipping company to maintain confidentiality on the type of manifest, the vessel’s intended route and schedule,” ReCAAP said.
Syndicates are likely to be involved and this was evidenced from a recent arrest made by the Singapore Police Coast Guard in September 2014, according to ReCAAP.

A total of 53 men involved in illegal ship fuel trade were arrested. Most of these cases were insider-job involving the crew who siphoned fuel/oil from their own vessel. Initial investigation revealed that syndicates were behind the crime with mastermind and middle men who served as the in-between for ‘sellers’ and ‘buyers’.

“The conspiracy between perpetrators and ship’s crew cannot be ruled out, as some companies’ vessels had been boarded and robbed one after another, including Ai Maru, Naniwa Maru No. 1 and Moresby 9; and Danai 4, Orapin 4 and Orapin 2,” the piracy watchdog said.
Based on the locations where siphoning was carried out, and the modus operandi of the perpetrators, it is assessed that there were at least three organised groups involved, ReCAAP added.

One group operating in the Straits of Malacca and Singapore (SOMS) region which is relatively less violent and had not been very successful probably due to the patrolling by the littoral States and the ongoing joint coordinated patrols.

The other groups believed to be operating in the South China Sea (SCS) probably equipped with relatively more ‘sea-worthy’ vessels due to the sea state/condition there.

ReCAAP ICS believes  that one of the groups, possibly with Indochina connections had been active in the area, deploying larger number of perpetrators and targeting larger tankers (amongst these include Budi Mesra Dua, Sunrise 689 and Oriental Glory).