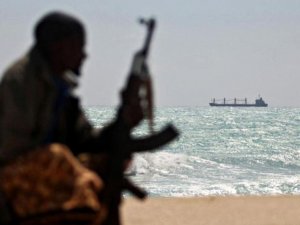 A total of four incidents against ships were reported in Asia in February 2017, three of which were actual incidents and one was an attempted incident.

Two of these were incidents of armed robbery against ship and one was a piracy incident.

During the month, one actual incident and one attempted incident involving the abduction of crew were reported.

Of the four incidents reported last month, one involved the abduction of six crew from the bulk carrier Giang Hai, which was underway from Indonesia to Iloilo port, Philippines at the time.

Five armed pirates approached the bulker and reportedly fired several warning shots at the ship ordering it to stop. Upon boarding the vessel, the perpetrators kidnapped six crew and shot one of the crew, who subsequently died from multiple gunshot wounds.

Two of the incidents occurred at ports and anchorages in China and India, while the attempted incident involved the abduction of crew from bulk carrier, Donghae Star.

Timely reporting of the incident by the crew of Donghae Star to the Philippine Navy-Littoral Monitoring Station (LMS), Bongao prevented boarding by the perpetrators and enabled the authorities to alert other ships transiting the area.

ReCAAP expressed the concern over the “continued occurrence of incidents involving the abduction of crew from ships,” adding that all ship masters and crew “are strongly advised” to avoid confrontation with the perpetrators and report immediately to the PCG’s Southwestern Mindanao Operation Centre, Philippine Navy-Littoral Monitoring Station in Bongao and Malaysia’s Eastern Sabah Security Command (ESSCOM) prior to entering the area, for monitoring and immediate responses in any eventualities.

This news is a total 1099 time has been read
Tags: ReCAAP: Asian Abduction Incidents Persist