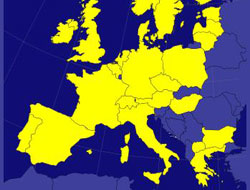 Recession's tentacles are now gripping Japan and most major European economies, including Germany, the U.K., France, Italy, Spain and Ireland.

Recession's tentacles are now gripping Japan and most major European economies, including Germany, the U.K., France, Italy, Spain and Ireland.

The coming year will be a bleak one for the world economy. Recessions in recent years have tended to be brief and mild. This time, the unparalleled magnitude and systemic cast of the financial crisis increases the likelihood of a longer, more severe and broader downturn, not just in the U.S., but in other major developed countries. Compared with previous downturns, this one is more tightly synchronized because of the global spread and depth of the financial shock. As a result, recession's tentacles are now gripping Japan and most major European economies, including Germany, the U.K., France, Italy, Spain and Ireland.

The British economy shrank by an annualized rate of 2.4% during the third quarter of 2008, the biggest quarterly contraction in 18 years, amid rapidly deteriorating labor market conditions. The unemployment rate has been climbing steeply, from 5.2% in May to 6% in October, while industrial output fell 1.8% m/m. In recent months, industrial output in Germany, France and Spain also has been falling much more rapidly than European monetary authorities expected. Indeed, policymakers' slow and overly cautious response to rapidly deteriorating conditions will delay Europe's economic recovery, and a protracted downturn is expected.

The much-weakened world economy is worsening the recession in Japan more rapidly than expected. As a result of falling external demand, especially the steep plunge in auto demand worldwide, the November seasonally adjusted index of industrial production fell by 8.1% from the prior month for a 16.2% y/y drop. Based on survey findings, a further monthly drop of 8% is officially projected for December. Japanese motor vehicle and automotive equipment production has taken the biggest hit.

Next year will be a bleak one, marked by rising unemployment and stressed financial markets. Global real GDP is estimated to grow on a market-value basis by about 2% in 2008 and may slow to 0.2% in 2009 because of sharply decelerating trade flows, plummeting private fixed investment spending, and near-dormant consumption spending. The weak state of the world economy gives rise to numerous downside risks, among them escalating protectionism and greater social unrest as the global slowdown consumes millions of jobs.

Given the huge drop in private demand, strong and coordinated policy action is urgently needed to prevent the world economy from sliding into a deep and protracted recession. With absolutely no risk that private investment will be crowded out, there is no better time for massive public spending on programs with high social returns that can increase the world economy's growth potential. Strong fiscal stimulus programs and accomodative monetary policies should help the global economy gain traction in the second half of 2009, though a self-sustaining expansion is not expected to take hold until well into 2010.

This news is a total 590 time has been read