Recession has control over 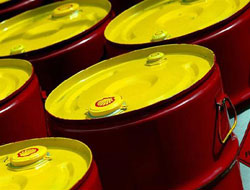 Everybody is looking for the end of the slide

Last summer oil prices reached the historical levels of $150 per barrel and according to some market players, especially from Iran and Venezuela, it was just a breath from the absolute record of $200 per barrel. In less than four months time, the feeling in oil market has changed and now everybody is looking for the end of the slide. OPEC members have forgotten the ?bad speculators? that were driving the market to ?uncomfortable for the world economy levels? and they are counting their losses, which, according to the cartel"s president, are about $700 billion. The fall of the world economy into a recession and the collaps of some of the biggest US investment banks, which manipulated every market and of course the oil market, leaded to the fast de-escalation of oil prices.

During last week crude futures fell by $7.67, or 13% to end at $49.93 per barrel. Traders are thinking oil is due to continue lower and looking for OPEC"s signs, but without expecting spectacular results. "It is difficult to get upbeat about the prospect of buying practically anything these days, as the downside pressure in all markets is unrelenting," Edward Meir, an analyst at MF Global, said in a note.

Oil traders are awaiting the upcoming meetings of the Organization of Petroleum Exporting Countries. The oil cartel will meet next Saturday in Egypt and again on Dec. 17 in Algeria.

OPEC has to face a very complicated situation

"So far, it appears that the Saudis would prefer to wait until the Dec. 17 meeting before announcing cuts," said Robert Johnston, an energy analyst at Eurasia Group. Saudi Arabia is the largest oil producer in OPEC. "However, a high level of compliance with the October cuts and the continued price collapse likely increases Saudi willingness to take on further cuts, whether in November or December," Johnston said. OPEC has to face a very complicated situation, in a period that the fear of a further deterioration of world economy that will hurt demand more dominates. According to most hawkish members ?Iran, Venezuela and Ecuador- are obliged to take some action but are stuck between a rock and a hard place as a production cut of 2.5 million barrels a day is needed to reduce the oversupply, but at the same time their revenues are falling from lower prices and less exports. At the same time Prices are already well below the average cost for the most expensive new projects -- known as the marginal cost of production -- at about $75-$80 a barrel, according to London-based analysts Bernstein Research.

Under these circumstances, the feeling in the oil market remains bearish, as the majority of analysts and traders are expecting more bad than good news. Crude oil may fall the week started today on speculation that demand will further decline as the recession in the U.S., Europe and Japan spreads to emerging markets.