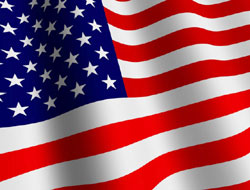 Environmental campaigners suspect two US government ships may have been sold for scrap in contravention of the country?s regulations on toxic exports.

Environmental campaigners suspect two US government ships may have been sold for scrap in contravention of the country"s regulations on toxic exports.

Environmental campaigners suspect two US government ships may have been sold for scrap in contravention of the country"s regulations on toxic exports.

US officials stressed there has been no change to a policy that bans overseas scrapping of US ships on ecological and ethical grounds.

However, investigators with the Basel Action Network, an organisation that campaigns against illicit movement of hazardous waste, said the duo could be poised to sail through a regulatory loophole to a beach in Alang or Chittagong.

BAN has asked the US Environmental Protection Agency to investigate whether the ships are being exported in breach of regulations. EPA"s Philadelphia office, which is handling the case, could not be contacted by press time.

The US Maritime Administration last week approved a request to change the flag on two ro-ros sold recently, the PFC James Anderson and 1st Lt Alex Bonnyman, to the St Kitts & Nevis registry. The duo have been re-named Anders and Bonny.

Susan Clark, of the US Maritime Administration, confirmed that the policy against overseas scrapping remains in force but said sale or scrapping of ships overseas becomes legally permissible once a ship departs the US flag.

The two ships were part of the US Navy"s Military Sealift Command, under long term charters with owner Wilmington Trust.

The MSC, the main provider of material transport to the US Department of Defence, confirmed the two ships were sold to an entity called Star Maritime after the MSC ended their charters in July.

Laura Seal, MSC spokesperson, said the MSC had no control over the ships" sale or next destination, or on the specific possibility of scrapping.

The new owner of the ships on Tuesday insisted that they were in good condition and would be traded, not demolished.

Colby Self, BAN campaigner, believes the vessels" vintage makes it likely they contain a high concentration of PCBs, though the MSC disputed this at the time of sale.

Mr Self said: ?As US-flag ships they would have been bound by US laws. Re-flagging is an obvious attempt to sidestep US regulations. We are concerned the ships will be scrapped in India or Bangladesh.?

Both ships were due to sail from the US this week, with their final destination unknown. Broker reports noted earlier this summer that the ships were sold for scrap to Star.

Steve Hutty, manager at London-based CB Marine, which is operating the duo on the owner"s behalf, said Star has invested substantial money in the vessels. He said they were ?in immaculate condition? after 25 years of government service. While he understood BAN"s motives, he said the group"s information was wrong.

?There is no way these ships are going for scrap,? Mr Hutty said.

That message was echoed by Suryakant Pai, financial controller with UK-based United Eastern Trading, a cash buyer active in the demolition sector that has intervened with US authorities on Star"s behalf to rebut rumours about the vessels being scrapped.

Mr Pai said there was no formal relationship between the two companies, and the intervention was a personal favour. He said the ships were purchased through ?competitive bidding?, and would continue to be traded, ?something to do with sugar?.

Both men said the ships were re-flagged purely for commercial reasons.

A leading sale and purchase broker familiar with US government charters ? who had no role in the sale of these ships ? said the pathway taken by the sale was ?nothing new?.

The name changes to Anders and Bonny follow a time-honoured tradition of painting over ? or duct-taping ? part of the old name, immediately to reveal the ship"s "new" identity, he said.

?In many cases, the government has the legitimate excuse that it does not own the ship,? the broker said.

?However, even the government is entitled to take a stance that commercial shipowners routinely take ? they sell the ship to a middleman.

?Thereafter, it does not remain the government"s responsibility.?

The broker said that even in such cases, the government has to be aware that the underlying reason for the sale and re-flagging is scrapping.

This news is a total 2560 time has been read