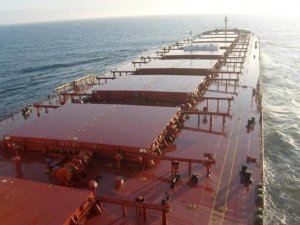 Intercargo said the regulatory bodies should consider the challenges faced by the existing bulk carriers, the largest segment of world shipping by deadweight tonnage.

Some of the challenges are the availability of systems approved by the United States Coast Guard (USCG) and with revised G8 guidelines aligning IMO BWMS testing regime with that of USCG, power and space requirements, ballasting capacity, and the incompatibility of the highly energy efficient gravity discharge used by a large percentage of the dry cargo fleet.

The association said it intends to raise these problems at the next IMO Marine Environment Protection Committee (MEPC) 71 in July 2017.

Moreover, in relation to the USCG requirements and extended compliance dates granted by USCG, Intercargo said the industry would welcome a flexible and pragmatic transition to the “postUSCG approved BWM systems” era until more systems are approved and more technologies represented. Until now, a total of three BWMS have been approved by the USCG, of which only one system is said to be suitable for bulk carriers for retrofitting.

On March 6-7, Intercargo held its semi-annual meetings in Hong Kong during which it was discussed about the upcoming implementation of the BWM Convention, the safe carriage of cargoes, air emissions, port state control transparency and anti-corruption practices, design standards for bulk carriers and related equipment, and inadequate availability of reception facilities for cargo residues and cargo hold washings hazardous to the marine environment.

Cargo liquefaction and consequential loss of lives along with vessel casualties remain top concerns for the safe carriage of dry bulk cargoes, according to the association. 11 casualties of cargo failure were associated with 102 lives lost between 2007 and 2016, against a total of 210 lives lost for all 60 casualties reported in the same period, Intercargo said.

The importance of flag states’ timely submission of casualty investigation reports to IMO is important as a means for identifying the cause of incidents and enabling corrective actions to be taken, the association explained.

Furthermore, Intercargo has participated in the development of greenhouse gasses (GHG) reduction measures at IMO, in collaboration with its industry partners.

Kostas G. Gkonis, Intercargo’s Secretary General, stressed the association’s full support to IMO in the mitigation of global GHG emissions from ships: “We believe that IMO is the appropriate body to address such global challenges, as shipping is by definition an international activity. The ambitious roadmap already approved by consensus in this respect will be followed up in the next MEPC.”

On the implementation of the 0.5% sulfur cap from 2020 for ships’ bunkers, Intercargo is promoting the consideration of transitional issues such as the availability of 0.5% fuel, the impact on machinery systems, verification mechanisms and any regulatory amendments or guidelines required.

On port state control, Intercargo said will continue persuading regional MoUs to establish self-assessment and transparency mechanisms with the objective of targeting corruption and misbehavior within their areas, a problem that has regrettably not been sufficiently addressed so far, according to the association.

This news is a total 975 time has been read
Tags: Regulatory Bodies Should Tackle Shipowners’ BWMS Problems