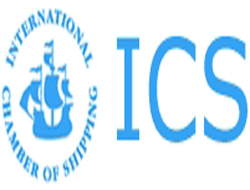 The International Chamber of Shipping (ICS) has dismissed the idea that the Kyoto Protocol concept of ?common but differentiated responsibility? should be applied to shipping.

The International Chamber of Shipping (ICS) has dismissed the idea that the Kyoto Protocol concept of "common but differentiated responsibility" should be applied to shipping.

The International Chamber of Shipping (ICS) has dismissed the idea that the Kyoto Protocol concept of "common but differentiated responsibility" should be applied to shipping ICS Chairman, Spyros M Polemis, says in a statement: ?Shipping is an inherently international industry which depends on a global regulatory framework to operate efficiently. Otherwise there would be chaos and serious inefficiency. The shipping industry believes that the achievement of meaningful reductions in CO2 emissions will be best achieved if nations agree that the development of detailed measures for shipping should be directed by governments at the International Maritime Organization - but respecting the outcomes agreed for the sector under any new UN Climate Change Convention.? He adds: ?IMO has an impressive track record of adopting standards for shipping that are applied equally throughout the world, delivering maximum environmental improvement.? added Mr Polemis. The shipping industry argues that the current Kyoto Protocol concept of "common but differentiated responsibility" cannot be practically applied to shipping without the danger of significant "carbon leakage". Only about 35% of the world merchant fleet is registered in Kyoto Annex I countries which are currently committed to meeting the emissions reduction targets agreed in 1997. We fear that failure in Copenhagen, by the UN Framework Convention on Climate Change (UNFCCC), to agree that IMO should be given a mandate for delivering a CO2 reduction regime for shipping will greatly reduce the ability of the shipping sector as a whole to reduce its emissions.?

ICS and its member national shipowners" associations have launched a new campaign to highlight the ?global shipping industry"s firm commitment to reducing emissions of carbon dioxide? and its views on the main issues. The move is being made in advance of this December's United Nations Climate Change Conference in Copenhagen.

As part of the campaign, and to coincide with the next round of pre-Conference UNFCCC negotiations, to be held in Bonn from 15 August, ICS has produced a new brochure ? Shipping, World Trade and the Reduction of CO2 Emissions ? which can be downloaded at www.marisec.org/co2 . The ICS brochure explains what the shipping industry and its regulator - the United Nations" International Maritime Organization (IMO) - are doing to deliver a significant reduction in shipping"s emissions. According to ICS, the consensus of opinion within the industry is that it may be possible for ships to reduce CO2 emitted per tonne kilometre by perhaps 15%-20% by 2020, through a combination of technological and operational developments aimed at reducing fuel consumption. In the longer term, advances in alternative fuel technologies may deliver further improvements. These estimates do not however take into account claims made to CO2 scrubbing technology developed by Singapore firm Ecospec. ICS says in its statement: ?Shipping is already the most carbon efficient mode of commercial transport, about 30 times more efficient than air freight. But it is fully recognised that CO2 emissions from the industry as a whole - some 3% of all global emissions - are comparable to those of a major national economy. The shipping industry accepts that the CO2 emissions reduction which ships must aim to achieve should be at least as ambitious as the emissions reduction agreed under any new United Nations Climate Change Convention.?

This news is a total 1726 time has been read