Renewables to boost Scottish isles over next 24 yrs 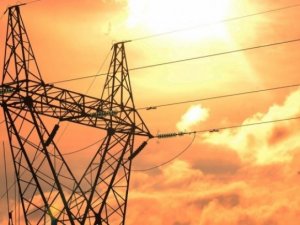 Scottish islands, with limited links to mainland grid, to benefit by up to £725 mln. from renewables over next 24 years

Island economies in Scotland with an increased deployment of renewable energy projects could benefit by up to £725 million in total until 2040, according to a Scottish Government commissioned report published on Monday.

"Scottish islands have some of the best renewable energy resources in Europe – from wind, wave and tidal," the report says arguing that "the Western Isles, Orkney and Shetland have the potential to supply up to 5 per cent of the total electricity demand in the British market by 2030."

The Western Isles and Orkney have very limited connections with the mainland, and Shetland is completely isolated from the mainland's grid, the report says.

"With appropriate investment in grid infrastructure and generating assets, renewable energy deployment on the Islands could grow rapidly to 1 gigawatt by the early 2020s with potential for a further 1.4 gigawatts by 2030," the report adds.

Delivering an increased level of renewable electricity deployment could boost employment by 2,000 jobs, "created in the peak development phase across the Islands," the report shows.

Additionally, "through greater deployment of renewables of the Scottish Islands, there is the potential to reduce carbon emissions," according to the report.

Commenting on the report's findings, Scotland's Energy Minister Fergus Ewing said, "The potential considerable economic and employment benefits from renewables means it is vital for the U.K. government to deliver on their commitment to the islands."

"It is necessary to deliver the unleashed potential of island renewables which will provide huge quantities of electricity but also provide enormous benefits to the people on the islands which could be used to help combat the problems of fuel poverty and rural deprivation,” Ewing said.

Ewing announced that he and the Council leaders have written to the Secretary of State Amber Rudd on Monday to urge Rudd's department to "progress the necessary EU permissions immediately, and to bring forward a viable package of support in the coming weeks that supports the vital grid connections to the three island groups."

This news is a total 1839 time has been read
Tags: Renewables, to, boost, Scottish, isles, over, next, 24, yrs, Turkish, Maritime