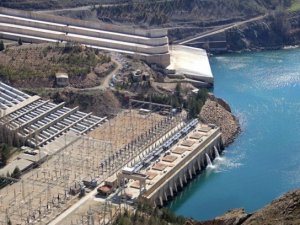 With the reduction in the cost of renewable energy, competitiveness has increased in the energy market, according to Elisabeth Torstad, the CEO of Norwegian DNV GL's oil and gas business on Tuesday.

Torstad told Anadolu Agency that renewables will definitely play a role in the future of energy markets and noted the expansion of industries that are participating in renewable energy both from the traditional petroleum industry and also from other diverse energy areas.

She drew attention to the growing share of electricity in the energy system.

"The share of electricity in the energy system is around 20 percent today and that will probably increase with more electrification," she said. "But there is still a need for different types of energy as well and not only electricity. Within the electricity portfolio, renewable energy will probably have a big role."

She also referenced LNG and pipeline gas as fuel types that will also change the portfolio of energy while stressing that the two are for very different purposes and markets.

"They are cost effective over different distances and for different purposes," she said.

She confirmed that pipelines would continue to be a very cost effective and reliable way of transporting gas for long term deals, and for large volumes for long distances over land.

She added that LNG is suitable currently for short term contracts.

The company is active in more than 100 countries with more than 350 offices.

This news is a total 709 time has been read
Tags: Renewables to increase market competition: DNV GL CEO