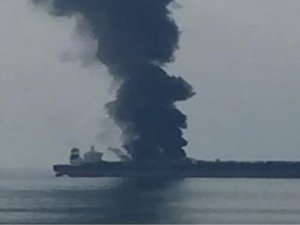 Four people have reportedly died following the fire on board the supertanker Zoya 1 last week, the Associated Press informed citing the Indian Consul in Dubai.

The fire broke out on board the very large crude carrier, approximately 21 nautical miles northwest of Dubai, UAE, on Wednesday, January 29.

The report said that 12 crew members were doing maintenance work onboard in preparation for the scrapping of the vessel. It has also been informed that 40 other workers were on board the vessel aiding the crew when the fire erupted.

The local authorities initially said that all crew members were rescued from the stricken vessel, however, subsequent reports from the Indian consulate indicated that two Indian seafarers died with at least two more reported missing.

Based on the information from the Associated Press, over the weekend two more bodies were recovered and DNA tests are yet to confirm the identity of the deceased. At least eight people are reported to be injured.

The cause of the fire is yet to be determined.

The ship has been in the center of a legal dispute between owners of the ship and local courts, which resulted in the arrest of the ship for an unpaid loan.

The dispute left the desperate workers unpaid and stranded on the ship facing poor conditions before being repatriated in June 2018.