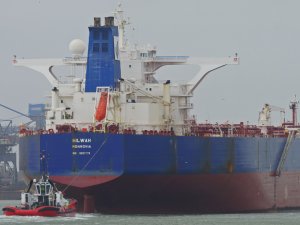 The EOI is yet to be confirmed by Saudi Arabia’s national shipping company, which through its five business units, owns and operates a fleet of 90 vessels. These include 43 VLCCs, 36 chemical tankers, six multipurpose vessels, and five dry bulk carriers.

Bahri’s foray into LNG is believed to be in line with its parent’s expansion into LNG trading as a way of boosting its revenues.

Namely, Saudi Aramco has teamed up with several companies on various fronts as part of its efforts to become a major LNG player.

A year ago Saudi Aramco and the Abu Dhabi National Oil Company (ADNOC), the world’s top energy producers from the Arabian Gulf, entered into a framework agreement to explore collaboration opportunities in the natural gas and LNG sectors.

Furthermore, in May this year, the company inked a 20-year LNG sales and purchase deal with Sempra Energy for five million tonnes per annum (Mtpa) of LNG offtake from Phase 1 of the Port Arthur LNG export project, under development in North America. The deal also includes the negotiation and finalization of a 25% equity investment in Phase 1 of Port Arthur LNG.

Amin Nasser, Saudi Aramco’s CEO & President,  said at the time that the company plans to continue to pursue strategic cooperation deals in the sector ahead of an anticipated increase in global demand for LNG expected by around 4% per year, exceeding 500 million metric tons a year by 2035.

The proposed Port Arthur LNG Phase 1 project is expected to include two liquefaction trains, up to three LNG storage tanks and associated facilities that should enable the export of approximately 11 Mtpa of LNG on a long-term basis.

Saudi’s state oil giant has been hitting the headlines with its long-awaited initial public offering (IPO), described as the biggest share sale to date. According to the BBC, Saudi Aramco managed to raise USD 25.6 billion through its IPO of 1.5 % stake in the company.

The share sale was significantly scaled down from the Crown Prince Mohammed bin Salman’s original plan to sell a 5% stake  in the oil giant and raise USD 100 billion for the country’s mega infrastructural plans envisioned within Saudi’s Vision 2030.

The IPO failed to spark enough interest from energy super-powers like Russia and Norway, hence its the share’s listing in New York and London did not come to fruition. Instead, the shares were mainly bought by Saudi citizens and institutions in Saudi Arabia and the region.

This news is a total 162 time has been read
Tags: Bahri, LNG, Saudi Aramco.