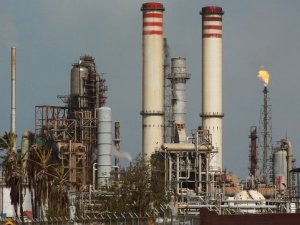 Despite American sanctions on both nations, Iran appears to have dispatched another merchant ship to Venezuela.

Based on AIS data, the Iranian-flagged freighter Golsan departed Iran in mid-May and is currently under way off Barbados, headed in the direction of Venezuelan shores.

Maritime data consultancy TankerTrackers.com believes that the Golsan is carrying parts needed for repairing one of Petroleos de Venezuela (PDVSA)'s refineries. Due to sanctions and neglect, PDVSA's refining capacity has sharply declined, leading to widespread domestic gasoline shortages. Iran, which already faces strict American sanctions of its own, is believed to have provided PDVSA with supplies for refinery repairs by air freight.

The shipment follows shortly after five tanker consignments of fuel that Iran provided to the Venezuelan government in May. Those deliveries drew condemnation from the Trump administration, which opposes the government of Venezuelan president Nicolas Maduro. The tankers - Fortune, Forest, Faxon, Petunia and Clavel - are now well on their way back to Iran. Reuters reports that Iran may continue to ship fuel to Venezuela at a rate of about two to three cargoes per month.

The U.S. Treasury Department has taken a strict approach to enforcing its ban on trade with Venezuela. It recently sanctioned four Greek tanker operators and four vessels in connection with alleged oil trading with PDVSA; two of these firms were removed from the list Friday after they agreed to forego further involvement with Venezuelan oil. Two others, Delos Voyager Shipping and Romina Maritime Company, were added to the sanctions list the same day.

As Iran and its shipping assets are already heavily sanctioned by the U.S. Treasury, there are no additional financial or legal penalties for Iranian vessels calling in Venezuela. Iran has warned the U.S. against taking kinetic action against its merchant vessels on the high seas, and semi-official Iranian outlet Noor recently reported that Iran's military has made plans for attacks on U.S. merchant ships if retaliation is warranted.

This news is a total 1693 time has been read
Tags: Report: Iran Sends Another Cargo to Venezuela

Asian Cruises Resume from Japan and SingaporeAsia has become the latest area of the world to relaunch cruise operations. At the beginning of the week, two of Japan’s larger cruise ships resumed service, and tomorrow the first cruise will depart from Singapore.