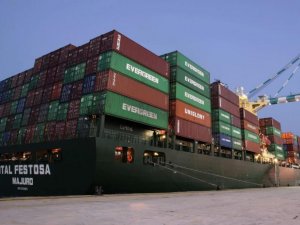 After it submitted an application for insolvency with the aim of restructuring, the German maritime services provider Rickmers Holding is looking to delist its bond issue.

In a letter dated as of today, the company said that it has terminated the participation in trading of the bond 2013/2018 in the Prime Standard segment for bonds and the inclusion of the bond in the basic board at the earliest possible date.

Upon effectiveness of the termination trading of the bonds may be suspended, the company added.

The move was made on the back of HSH Nordbank’s decision to deny approval to Rickmers Holding’s term sheet dated April 19, 2017 and reject further negotiations of the restructuring.

Rickmers Group has accomplished all agreed and required steps to prepare the restructuring, however, HSH Nordbank has still decided to reject the credit applications.

This news is a total 523 time has been read
Tags: Rickmers Holding to Delist Bond