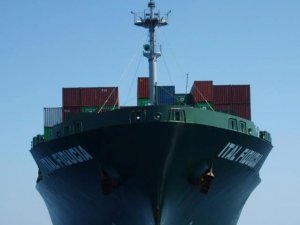 Rickmers Maritime might be forced to wind up its business if its efforts to refinance its bank loans are unsuccessful, the trust said announcing its financial results for 2016.

The trust posted a net loss of USD 180.1 million in FY2016, sinking further from a net loss of USD 129.2 million recorded a year earlier, due mainly to the lower charter revenue and vessel impairments worth USD 168.7 million. For the fourth quarter of 2016, Rickmers Maritime’s net loss reached USD 48.4 million.

RMT’s fleet recorded an overall utilisation rate of 86.7% (excluding decommissioned vessels) in 4Q2016, as compared to 98.2% in corresponding quarter of 2015.

The lower utilization rate was ascribed to “the public attention on the need for the trust’s debts to be restructured”, as explained by Soeren Andersen, Chief Executive Officer of RTM, that “has hampered the trust’s efforts to secure customers for the vessels in the spot market.”

Moreover, the trust said that it “continues to face difficulties in meeting its principal repayment obligations,” which include USD 197.7 million repayable to the HSH Syndicate on 31 March 2017, as well as its S$100 million 8.45% medium-term notes due on 15 May 2017.

RTM  remains in talks with secured lenders and noteholders to restructure the borrowings.

The trust did, however, receive a firm offer for a USD 260.2 million new facility, but it was conditional upon the successful restructuring of the notes.

“Unfortunately, the extraordinary resolution pertaining to the restructuring of the notes tabled at the noteholders’ meeting on 21 December 2016 was not passed,” the trust explained.

“While it is understandably painful for creditors to write off material portions of debts owed to them, not doing so would limit recoveries as proceeds from distressed sales and liquidation are likely to be unsatisfactory.”

“Furthermore, if Rickmers Maritime is unable to continue as a going concern, we would have to recognise impairments on the trust’s assets to match realisable values, which based on recent transactions, are materially below value-in-use valuations,” De Matos pointed out.

According to RTM’s CEO, the trust has reduced all cost items except restructuring costs, and continues to earn positive EBITDA.

“Vessel impairments through the course of 2016 have recalibrated the value of our assets to better fit the new shipping market situation. Creating a viable future for Rickmers Maritime remains our ambition. However, if we are unable to come to a consensual agreement with the senior lenders and noteholders, the trust may face permanent insolvency issues and be wound up. This outcome would be the most value-destroying of all,” Andersen said.

This news is a total 997 time has been read
Tags: Rickmers Maritime’s Survival Hanging on Debt Restructuring