Rickmers Trust Cleared to Sell Another Nine Ships to Navios 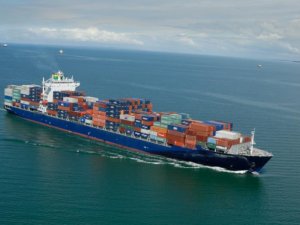 Financially-troubled Rickmers Trust Management, Singapore-based trustee-manager of Rickmers Maritime, informed that the HSH syndicate, comprising HSH Nordbank and DBS Bank, has approved the sale of the remaining nine of fourteen vessels to Navios.

“The sales of these nine vessels are expected to be completed in parts from July 12, 2017,” Rickmers noted.

As World Maritime News earlier reported, the sale of the nine ships, which was subject to HSH Syndicate’s approval, is part of the trust’s winding up process as the company is faced with liquidity issues.

The sale of the first five containerships was completed in late May.

“After funding cash burn, operating expenses, and the settlement of costs associated with the winding up of the trust, unsecured creditors are expected to receive total proceeds of approximately USD 27 million. This represents recovery of 11.4% pari passu to noteholders as well as senior lenders with remaining loans outstanding after repayment from the sales of their respective secured vessels,” Rickmers said in an update.

This news is a total 1539 time has been read
Tags: Rickmers Trust Cleared to Sell Another Nine Ships to Navios