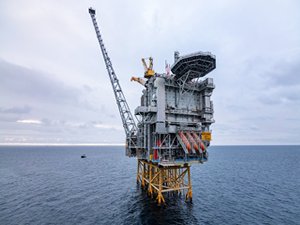 Shallow water drilling activity in the North Sea and Middle East slipped during week 37 2020, pushing the number of contracted global jack-up rigs to 323 and ending a string of four consecutive weeks of positive gains

The fall in jack-up activity was also marked by a drop in oil prices. After closing at a high of US$46.01 on 25 August, the price of Brent crude oil continued to slide in subsequent weeks amid fears of spiking coronavirus cases in almost two dozen US states and the traditional close of the summer peak driving season in the US on Labor Day, 7 September, as well as the depth of the recovery in oil demand. The price of Brent closed at US$42.04 per barrel on 7 September.

Some additional drilling is being planned in the North Sea by Norwegian energy company Equinor. It reported it would drill up to three new wells at Martin Linge field at a cost of Nkr2Bn (US$220M), following an analysis that concluded several of the wells do not have the necessary barriers. Equinor plans to drill new wells to ensure safe production.

The analysis was conducted by Equinor after it took over as field operator from Total in 2018.

While the wells are considered safe, well barrier deficiencies were cited in four gas wells that were drilled at Martin Linge before 2018, making them inappropriate for safe production.

Equinor’s partner Petoro carried out an independent assessment of well barriers that supported the operator’s view.

Located 48 km off of the coast of Osteberg in 115 m of water, the Martin Linge field development comprises a jacket-based integrated wellhead, production and accommodation platform and permanently moored anchored oil storage vessel. It was connected by Equinor to shore power in December 2018, can be operated from shore and requires limited offshore personnel.

“The wells are considered safe as they are now, but we will keep them plugged and under continuous monitoring until we have reduced the pressure in the formation by producing from other wells,” said Equinor acting executive vice president for technology, projects and drilling Geir Tungesvik. “Safety is always priority number one,” said Mr Tungesvik.

The Martin Linge plant is designed to produce a mixture of oil and gas and requires gas wells that produce at a certain rate for start-up and production.

“Our number one priority is to ensure safe start-up of the field. We will therefore plan to drill up to three new gas wells in addition to the two remaining wells from the plan for development and operation for the field to produce as originally planned,” said Mr Tungesvik.

Equinor will give an update on all projects under development to Norwegian authorities, including the consequences of Covid-19. The plan will be published in connection with the presentation of the state budget in October.

Equinor is the majority shareholder and operator of Martin Linge (70%), with Petoro holding the remaining 30% stake.