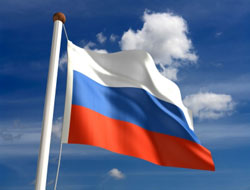 Putin signed an order last week cutting duties on exports of crude oil by one-third to $192.10, rejecting calls for a bigger reduction.

Putin signed an order last week cutting duties on exports of crude oil by one-third to $192.10, rejecting calls for a bigger reduction. Duties on light oil products and heavy oil products will fall to $141.80 and $76.40 a ton, respectively. Energy Minister Sergei Shmatko had lobbied for the crude duty to be reduced to $140 a ton. Russia had earlier cut its crude export duties for November after companies began withholding shipments because the slump in oil prices cut the profitability of sending cargoes abroad.

With the new tariff levels expected to boost traders' profit, the country plans a 2 percent increase in daily shipments of Urals crude from six Baltic Sea and Black Sea ports in December.

The country will ship about 2.87 million barrels a day of Russian crude oil from the ports of Primorsk, Novorossiisk, Yuzhny, Gdansk, Odessa and Tuapse, according to copies of the preliminary loading programs. Exports were originally scheduled to average 2.81 million barrels a day in November.

Profit has dropped to less than $10 a barrel

Exporters can sell a Urals cargo in the Mediterranean at about $50 a barrel. Since Nov. 1, they have been paying a duty of $39 a barrel, or $287.3 per ton, on those shipments and about $1.30 a barrel in freight costs. With additional insurance and port expenses, profit has dropped to less than $10 a barrel, encouraging companies to withhold exports and sell the oil on the domestic market instead.

The country has signaled that it may coordinate a production cut with members of OPEC, which is seeking to stem plunging prices.

Russia will work with the Organization of Petroleum Exporting Countries to keep oil prices from being "too low or speculatively high," President Dmitry Medvedev said.

This news is a total 880 time has been read