Robert Macleod steps down as CEO at Frontline 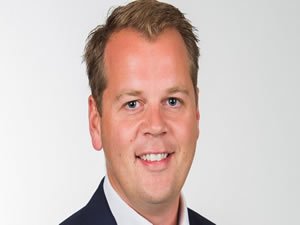 Robert Hvide Macleod, one of the best known names in the tanker business, is stepping down as CEO at John Fredriksen’s Frontline Management.

Macleod has headed Frontline for the last six years.

“I would like to thank Robert for his contribution to Frontline.

He has led the company through a period of significant fleet growth and renewal,” said Fredriksen, the chairman of Frontline, wishing him continued success in his future endeavours.

Macleod was appointed Frontline CEO in November 2014, taking over from one of Fredriksen’s key lieutenants, Jens Martin Jensen.

Macleod’s reign started with many analysts writing the company off, suggesting it was close to bankruptcy. He engineered the company’s remarkable turnaround, and expanded the fleet with a number of audacious acquisitions.

Macleod, a Norwegian, had been with Maersk from 2001 to 2004, then Glencore through to 2011, before running his own company, Highland Tankers until Fredriksen came knocking, taking on the CEO role at one of Fredriksen’s flagships at the age of just 35.

“I have thoroughly enjoyed the last six years at Frontline, working with a great team through often volatile market conditions,” said Macleod today.

He will remain available to the company through to the end of April next year allowing for a smooth management transition.

This news is a total 2140 time has been read
Tags: Robert Macleod steps down as CEO at Frontline