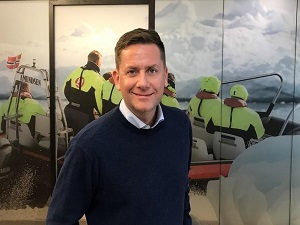 The Nordic region’s most high-profile cruise fleet operator is refitting its ships to make them less polluting, and plans to use a byproduct of rotten fish to help power their new, leaner engines.

Norway’s Hurtigruten, best known for the ships that ferry tourists along the country’s fjords and coastline and up into the Arctic, is investing 7 billion crowns ($826 million) over three years to adapt its 17-strong fleet. Six of its older vessels will be retrofitted to run on a combination of liquefied natural gas (LNG), electric batteries and liquefied bio gas (LBG).

“We are talking about an energy source (LBG) from organic waste, which would otherwise have gone up in the air. This is waste material from dead fish, from agriculture and forestry,” Hurtigruten CEO Daniel Skjeldam told Reuters in an interview. “Our main aim is to improve and cut emissions,” he said.

Hurtigruten, also the world’s biggest expedition cruise operator to destinations including Antarctica, Svalbard and Greenland, is also ordering three new ships that will run on electricity, with a diesel engine only as back-up.

The shipping sector is facing tougher international regulations, including cuts in CO2 emissions by at least 50 percent by 2050 compared with 2008 levels, and a ban on fuels with sulfur content above 0.5 percent from 2020 against 3.5 percent now.

Hurtigruten wants to be carbon neutral by 2050

“We definitely have to be there in 2050 as a company and the cruise industry must definitely have to come a long way as well,” said Skjeldam. Two of the electric battery-powered ships, costing above 150 million euros each, are already under construction while Hurtigruten has a letter of intent for a third.

That will help Hurtigruten market itself as a green cruise company – especially useful given the vulnerable eco-systems its ships sail through. “The changes in the Arctic over the past 20-30 years are not caused by carbon dioxide emissions in the Arctic, but you can see the effects of the emissions elsewhere in the world first in the Arctic,” Skjeldam said.

“Our crews have seen glaciers retreat and plastic waste on beaches where they land.”