Rotterdam bunker fuel sales down 2.1% on year in second quarter 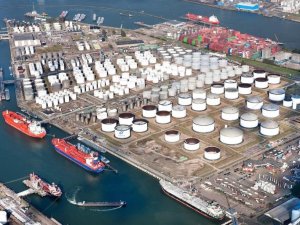 Sales at Singapore, the world’s largest bunkering hub, also declined in the second quarter, losing 2.3% to 12.27 million mt. An unexpected drop in June sales was the main factor behind that decline, but demand rose again in July.

Demand at the port of Fujairah is expected to have dropped sharply as a result of the Qatari crisis, but not yet by enough for Rotterdam to take its place as the second-largest bunkering port in the world.

Demand from Qatari flagged vessels is largely expected to be shifting to other ports in the same region, rather than more distant European and Asian ports.

This news is a total 895 time has been read
Tags: Rotterdam bunker fuel sales down 2.1% on year in second quarter