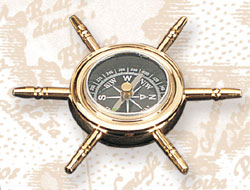 BIMCO would suggest that there are two urgent matters that need to be addressed by the industry and the international community.

While there have been clear statements made by the shipping industry lobby to the international community and the volume of reporting on events and various recent statements made by shipping stakeholders - BIMCO would suggest that there are two urgent matters that need to be addressed by the industry and the international community respectively. BIMCO"s predictions have proven accurate to date and as a matter of urgency it is advised:

1. That all vulnerable ships follow the lead of major industry tanker and other members and route vessels via the Cape. BIMCO is acutely aware that Pirates will identify this action and swiftly relocate onto the traditional direct trade route via the Cormoros Gap (where the Sirius Star was attacked). BIMCO has advised members urgently to route vessels east of Madagascar and take advantage of varying routes to maximise the sea area to hide during transit. For those BIMCO Owner Members that continue to trade via the Gulf of Aden (GOA) BIMCO has provided very specific advice on action to take prior to transit, during transit and if attacked. BIMCO has also issued advice that it may be difficult to rely on war clauses, even if they include reference to piracy. At any rate ship owners are strongly recommended to consult their P&I Club.

2. That the international community urgently address the co-ordination of naval assets offered up to maximise deterrent value in the GOA area. BIMCO appreciates that there are limited resources and that these are expensive. It notes, however, the success of navies in reducing the numbers of successful hijackings from some 53% of all attacks in August to 31% of all attacks in October. This, however, remains unacceptably high. With the growing commitment of warships and helicopters by nation states these must be co-ordinated by one organisation for their most effective use in order to continue this trend. BIMCO appeals to the UN to address this comprehensively in the next UN Security Council resolution that is imminent. The successful co-ordination of naval units is the only way that the GOA route can be opened up again safely to international trade and avoid unwanted costs to the international community. Indeed, BIMCO strongly believes that such co-operation is the only way to maintain the traditional trading patterns of those nations that rely on maritime trade in the region to conduct business.

BIMCO is an independent international shipping association, with a membership composed of ship owners, managers, brokers, agents and many other stakeholders with vested interests in the shipping industry. The association acts on behalf of its global membership to promote higher standards and greater harmony in regulatory matters. It is a catalyst for the development and promotion of fair and equitable international shipping policy. BIMCO is accredited as a Non-Governmental Organisation (NGO), holds observer status with a number of United Nations organs and is in close dialogue with maritime administrations, regulatory institutions and other stakeholders within the EU, the USA and Asia. The association provides one of the most comprehensive sources of practical shipping information and a broad range of advisory and consulting services to its members.

This news is a total 1332 time has been read