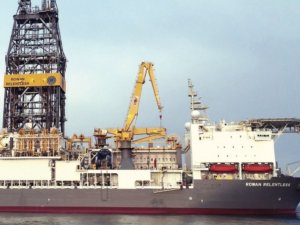 Houston-based offshore drilling contractor Rowan on Tuesday said it has to warm stack one of its drillships after Spanish oil firm Repsol terminated its contract early.

Rowan said it will continue to be paid by Repsol for the Rowan Renaissance rig – but at a rate slightly reduced from the standby rate, which was 98% of the $630,000-a-day operating rate – through to the original contract ending date of April 22, 2017. The standby rate had been in effect since mid-March.

Repsol had used the Rowan Renaissance to drill at its Leon well in the Keathley Canyon Block, 352 kilometres offshore Louisiana in the deep-water US Gulf of Mexico.

This news is a total 3368 time has been read
Tags: Rowan to stack drillship after Repsol terminates contract