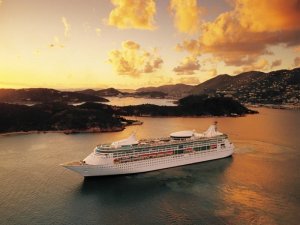 Under the exemption, as articulated in MARPOL, Royal Caribbean will expand the program from six to 19 ships.

Under the exemption, as articulated in MARPOL, Royal Caribbean will expand the program from six to 19 ships.

These permits provide a temporary relief from the Emission Control Areas’ (ECA) fuel sulfur content requirements. The authorities say that this approach will enable Royal Caribbean to meet its emission requirements through exhaust gas scrubber technology, rather than with engine and fuel system modifications. This trial program is expected to provide valuable information on developing advanced emissions control technologies for other marine engines.

According to the EPA, Royal Caribbean’s research program has developed exhaust gas scrubber technology that has the potential to provide greater emission reductions than would be achieved using only ECA compliant low-sulfur fuel, and at a much lower cost. Under this research program extension, a total of 19 ships covering a range of vessel sizes and applications will begin using these scrubbers starting in 2015.

This news is a total 1502 time has been read
Tags: Authorities, Caribbean, cruise, ECA, give, install, News by topic, Royal, Scrubbers, shi[ EPA, the USA, time, US, USCG