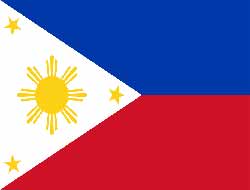 In a statement, Labor Secretary Arturo Brion said the department has already put in place measures to intensify the country's thrust to become the main source of quality managers and officers for shipping fleets around the world starting 2008.

The policies are designed to encourage more Filipinos to become maritime officers complying with the International Maritime Organization's (IMO) amended Standards of Training, Certification and Watchkeeping (STCW). Brion said the measures include the development of the Management Level Course (MLC), complemented by a bridging program that would enable a mechanical engineer to progress to a marine engineer after completing the required period of shipboard duty.

He cited a study that showed only one out of every three Filipino seamen function as ship officers despite the country's status as the manning capital of the world. The Philippines accounts for about 30 percent of the global shipping fleet's manpower complement.

This news is a total 944 time has been read