Russia gears up to muscle out BP 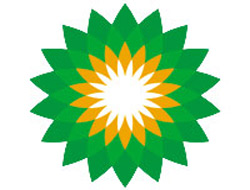 In the summer of 2003 Vladimir Putin made the first state visit to Britain by a Russian leader since Tsar Alexander II came to see Queen Victoria in 1874.

Russia gears up to muscle out BP Siberia

In the summer of 2003 Vladimir Putin made the first state visit to Britain by a Russian leader since Tsar Alexander II came to see Queen Victoria in 1874.

Putin's trip was as much about business as diplomacy. One of the highlights was the signing - in the gilded splendour of Lancaster House, a 19th-century mansion in St James's, London - of an $8 billion (£4 billion) investment by BP in the Russian oil and gas industry. The deal had been brokered by Lord Browne, then BP's chief executive, with extensive help from Tony Blair.
Four years on, Browne has gone, Blair is about to leave power and TNK-BP, the Anglo-Russian group the pair laboured to create, is under attack from the Kremlin. TNK-BP's licence to exploit one of Russia's largest gas fields is expected to be revoked - possibly as soon as this week. The move may, the gloomiest analysts and Russophiles suggest, be the precursor to the Russian state taking a major and perhaps, in effect, controlling stake in the group.

For western oil companies, BP's Russian travails are a case of deja vu. The campaign against TNK-BP has uncanny parallels with what happened earlier this year to Royal Dutch Shell, BP's rival. A few months before Putin, Blair and Brown shook hands on TNK-BP, Shell had signed a similar deal to develop Sakhalin 2, a huge gas field in Siberia. But earlier this year, after a prolonged campaign involving threats of censure from environmental watchdogs and tax authorities, Shell and its fellow foreign investors decided to sell a stake in the project to Gazprom, the giant gas group controlled by the Russian government.

The Sakhalin deal, and the pressure now being exerted on TNK-BP, are viewed as part of a deliberate plan to bring back under state control key "strategic" oil and gas assets that had been sold to private individuals and western groups during the hurly-burly privatisations of the post-Yeltsin years.

"Everybody talks about what Hugo Chavez is doing in Venezuela but nobody makes the comparision with Putin. It is basically the same thing," said Fadel Gheit, an analyst at Oppenheimer in New York. (Chavez, the Venezuelan president, has renationalised some of the South American state's oil and gas fields, much to the chagrin of the companies developing them.)

TNK-BP is the only big oil and gas group in Russia that has no state involvement. It was created after long negotiations between BP, the Russian and British governments and a group of three Russian oligarchs: Mikhail Fridman, the boss of Alfa Group, Viktor Vekselberg, reputedly the ninth-richest man in Russia, who hit the headlines three years ago when he spent $75 million buying the Forbes family collection of Faberge eggs for the Russian nation, and Leonard Blavatnik, who together with Vekselberg controlled the Sual aluminium empire.

As The Sunday Times revealed in 2003, TNK-BP was the end-result of BP's frustration with an earlier Russian investment that was going wrong. In the 1990s it had taken a 10 stake in Sidanco, a Russian oil group, but had then fallen foul of the manoeuvrings of local businessmen, with assets appearing to be snatched from Sidanco under BP's nose.

Rather than trying to intervene directly with Fridman - whom BP then accused of being the arch asset-stripper through his company TNK - Browne instead began a covert operation to put pressure on the Russian authorities through George Soros, Al Gore, then American vice-president, the CIA and Blair. This campaign eventually led to a peace deal between Fridman, his fellow oligarchs, and BP, and the formation of TNK-BP.

The company is now the third-biggest player in Russian oil and gas. It has proven reserves equivalent to 7.8 billion barrels of oil, and in 2005 was producing 1.6 million barrels of oil a day. It also has five refineries (four in Russia, and one in Ukraine) and 1,600 petrol stations, which operate under both the TNK and BP brands. Its operations have been lucrative for shareholders: 10 days ago its board of directors said it would pay out £2.3 billion in dividends to shareholders, almost its entire net profit for the year. The payments are likely to be approved at the annual meeting on June 15.

The current spat with the Russian authorities concerns not the oil operation, but its prospects of becoming a major player in gas. TNK-BP is the controlling shareholder (with a 63 percent stake) in Rusia Petroleum, which owns the rights to a large gas field called Kovykta, in the Irkutsk region. The field was discovered in 1987, and is estimated to hold 2,000 billion cubic metres of gas and 83 million tons of gas condensate. It is ideally situated to export gas to China, but it is not expected to be in full production until 2015.

The charge against TNK-BP over Kovykta is being led by Oleg Mitvol, the deputy head of Russia's environmental watchdog Rosprirodnadzor. Mitvol, who also led the campaign against Shell on Sakhalin 2, claims TNK-BP has failed to meet the production targets set in its original licence. He said it should be producing 9 billion cubic meters of gas a year, when it is producing only a fraction of that. He has asked Rosnedra, the licensing agency, to strip the group of its right to operate the field.

TNK-BP said it has been unable to develop Kovykta because of the lack of an export licence, and that in any event the licence says only that it should meet local demand for gas, which has come nowhere near the 9 billion cubic meter mark. On Monday Rusia Petroleum will begin a legal challenge to the inspection in a court in Irkutsk.

A three-month inspection of TNK-BP's operations concluded in January that the company was in breach of its licence. A final inspection began last week, with Mitvol telling reporters in Russia that TNK-BP could lose its licence for the field before next month. Most commentators agree. "The expectation here is that the licence will be revoked," said a Moscow-based executive at one of BP's rivals.

Revocation of the licence may trigger the sale of a stake in the field to Gazprom, but whether this will come at the expense of the oligarchs or BP - or both - is not clear. Gazprom's entry could, paradoxically, be good news for BP.

"We would view such an outcome as positive as it should pave the way for the full-scale development of Kovykta, with potential to export gas eastwards to China through a new pipeline," said James Neale, an analyst at Citigroup.

This news is a total 4979 time has been read