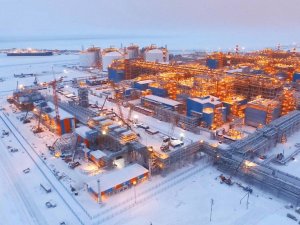 Russia’s federal autonomous institution Glavgosexpertiza has reviewed and approved the design documentation and engineering survey results for the construction of an LNG transshipment terminal in the Kamchatka Territory.

Back in October 2017, the Kamchatka government and PJSC Novatek signed an agreement aimed at developing a sea terminal on the southeast coast of the Kamchatka Peninsula.

The terminal is intended for the transshipment of liquefied natural gas delivered from the Yamal Peninsula by ice-class gas carriers and transferred to ordinary gas carriers for further gas transportation to the Asia-Pacific region.

According to Glavgosexpertiza, the project will optimize LNG supplies from the Arctic, thereby boosting the development of the Northern Sea Route and trade and economic ties of the Kamchatka Territory.

The terminal would first service 328 gas carriers annually and 657 gas carriers once it is fully operational.

This news is a total 629 time has been read
Tags: LNG, Novatek, Russia, Terminal, Transhipment.