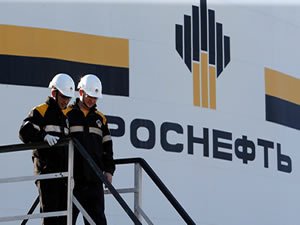 Russia plans to cut its seaborne oil exports from its western ports to a three-month low in February as the country diverts crude into its local refineries to help tackle record fuel prices.

The world’s second-largest exporter will cut overseas shipments of Urals crude by almost 20% in February, according to a loading program seen by Bloomberg. The oil is being diverted to refineries inside Russia, said two people with knowledge of the matter, boosting supplies to domestic markets where fuel prices are the highest in ruble terms since at least 2008.

The rising cost of gasoline and other basic goods is adding to the political pressure on President Vladimir Putin. His support, which fell to a record low last year amid the coronavirus pandemic, is facing a fresh challenge from popular protests after the imprisonment of opposition leader Alexey Navalny.

Earlier this month in an effort to curb rising food prices, the Kremlin intervened into wheat — of which Russia is a major exporter. That move disrupted the global trade in grains. Russia’s oil-market move, together with tighter supply from Saudi Arabia and Iraq next month, is supporting global crude prices, offsetting the impact of surging cases of coronavirus in Europe and elsewhere.

So far, it’s unclear what volumes Russia will deliver to Europe via the giant Druzhba pipeline system next month, but a person familiar with the situation said the drop in seaborne supplies isn’t due to a redirection to pipeline exports.

Russia’s Energy Ministry didn’t respond to a request for comment about the reasons for the planned drop in exports. Last week, it said oil companies should boost their refineries’ run rates and gasoline stockpiles in preparation for high seasonal demand in spring.

State-owned Rosneft PJSC, Russia’s largest oil producer, only accounts for 900,000 tons out of 4.3 million tons of cargo scheduled for February loading, according to the loading programs. That’s down from 1.7 million tons in January. Rosneft is also the biggest refiner of oil in Russia.

The reduction in exports has helped to boost the price of Urals crude relative to Brent, the international benchmark. The grade trading was near parity to Brent in the past several days, having slumped to a discount of $1.70 a barrel just before Christmas.

Russia’s average retail price of gasoline rose 0.6% this month through Jan. 18, according to Federal Statistical Service data compiled by Bloomberg. It reached 46.22 rubles a liter by last week, the highest in domestic currency terms since at least 2008.

This news is a total 2623 time has been read
Tags: Russia Keeps Crude at Home to Tackle Domestic Fuel Price Surge , rosneft